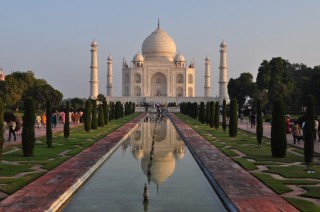 See how diverse my every day life as a Tour Guide is by checking out my former travel blogs.
No two days are the same and you can hear how one of my clients got bitten by a snake in Borneo, our hotel was flooded in India, I got stuck on a boat in Venice, I lost my laundry in India, or just enjoy spectacular photos of the great sights we visit. Take a look at my China Blog  and see how I got stuck on a balcony in Sri Lanka. Or simply check my Travel Tips.
I have also done after dinner speaking and slideshow presentations about my travels. Golf and tennis clubs and the Women’s Institute are among my venues. Book me for your event.

Visit my special pages on Incredible India and see the work I am doing to help deprived Indian schools, which includes School Twinning and taking used lap tops to the schools. 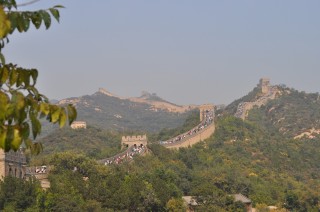 Enjoy my China Blog and see how my latest tour of China and Hong Kong went, as I took a group of British clients on a tour of China. Shanghai, Hangzhou, Beijing, Xian, Guilin were visited on mainland China and finally Hong Kong. The Great Wall of China, Forbidden City, the Terracotta Warriors, Chinese culture and natural beauty were experienced. In October I will head to Incredible India to discover more magical sights and in November my destination is Sri Lanka.

I went to Frankfurt airport on a cold March morning at 5.30 am to pick up a group from, Dallas, Texas for a 10 day tour of Central Europe. This group of 38 people were travelling together and had group leader, Bob, who had organised the trip. I was waiting in the arrivals hall when a big man with a cowboy hat appeared and said “Howdy, are you Anita?” This was Bob. His next words were “Anita (or maybe he said Houston), we have a problem!!!”

I was sure the “problem” would be something easy to solve as it is amazing how many Group Leaders or clients say those words on arrival. But as Bob explained the problem to me, I realised this problem would be more tricky….

2 young guys in Bob’s group had had far too much to drink on the plane and started to annoy the other passengers. They had by all accounts been very obnoxious and even brought their own alcohol onto the plane – this is not allowed. The cabin crew had a hard time controlling them so called through to the Frankfurt Airport police prior to landing – the result being that these 2 guys had been arrested as they got off the plane.

So my first task on this tour, at 6 am, was to get 2 drunken Texans out of jail. I sweet-talked the police and explained that we would hardly be in Germany and were heading for Austria and Switzerland. I also promised that the 2 guys would behave. It worked and Russell and James, the 2 drunks, were released and had a great tour – I couldn’t resist teasing them during the whole tour about the events on the plane and the fact that they obviously couldn’t take their alcohol.

Posted in Tales of a Tour Guide | Leave a comment

Current and Previous Photos of the Week 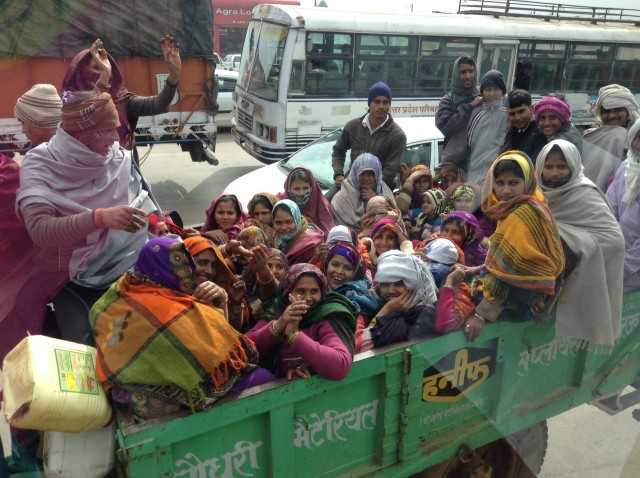 This gallery contains all the previous photos of the week.  Please click here to view. 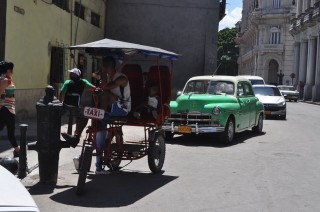 Join me on my recent tour of Cuba and experinece a Communist country, where the people are anything but Communist. Havana was truly like a time warp with 1950′s American cars, such as Chevrolets and Buicks;  Russian Ladas and rickshaws on the streets. Of course the colonial Spanish influence is still to be seen, with fine buildings and squares. All this with the music scene and artists make Havana an amazing city. The countryside where cowboys ride around on horseback and the beaches make for a fabulous experience.

Vienna is a really classy elegant city and often gets overlooked. The art, palaces, culture and architecture make it worth a visit. The coffee houses are second to none and the cakes and pastries should be tasted.

I arrived here yesterday with a group of American students. We should be doing a full day trip to Bratislava today but I persuaded them to go to Bratislava en route to Prague tomorrow and we now have a free day here in beautiful Vienna.

Well, I gave the group lots of free time suggestions but they asked me what I am doing today and I told them I would be hiring a bike and cycling to the river Danube, as Vienna really caters for the cyclist with great cycle paths and even special trafic lights for the cyclists. And guess what – now they all wanted to come with me.

15 of my group cycled to the Danube Island with me and we stopped there for a drink. They all started complaining that they were tired (some people have no stamina). I tried to take a short cut back to the city but we kind of got lost and ended up cycling along a tram track instead of the cycle path. Luckily no tram came otherwise it may have meant a lot of litigation for me.