Borneo Day 9 – Lady of the Night and Free Dinner 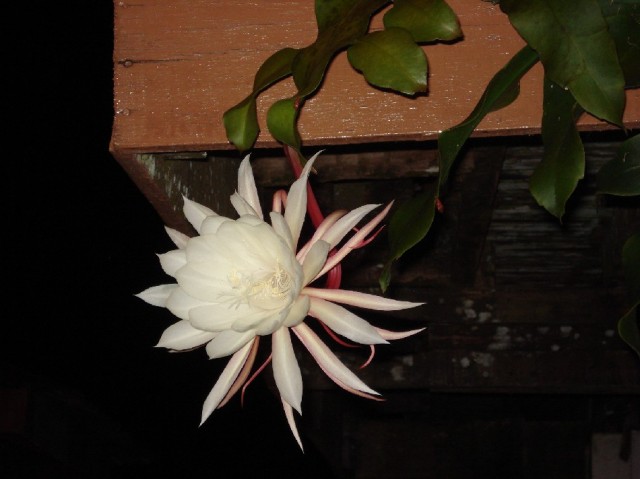 Lady of the Night

Last night we stayed at a lovely lodge, looking out to Mount Kinabalu. The grounds were full of lovely flora and fauna and after dinner we saw a rare flower named “Lady of the Night” because it only blooms after dark.

We trekked again today, visited a botanical garden before travelling back to Kota Kinabalu for one night.

On arrival at the hotel, the rooms weren’t ready even though it was after 3pm. I was not happy – my group were tired and hot and tomorrow we have a 4 am wake up call for our early flight. I insisted on speaking to the hotel manager, who informed me that the rooms would be ready at 5 pm, so I did a bit of negotiating and managed to get a free dinner at the hotel’s extensive buffet for my group. And it goes to show that you can’t please everybody. One couple came up to me to tell me that they did not want the buffet (which is a fabulous buffet, I have to say) but they wanted fish and chips. I spoke to the maitre d’ and he said they could have fish and chips instead of the buffet. Good result, I would say. But the couple in question are still not happy as they point out that fish and chips are not as expensive as the buffet so they are not being fairly treated. What can you say?

anyway before I went to bed for an early night, I called some friends at home and they mentioned that there had been a volcano in Iceland and because of the ash there were no flights in the whole of the UK – I found THAT hard to believe. Not my problem anyway!

This entry was posted in Borneo Blog. Bookmark the permalink.