Giving computers to two poor Indian Schools and seeing the children’s faces was better than seeing the Taj Mahal. I have been working on this for months and originally wanted to give used laptops to the schools, but after Paul Hughes of Standard Wool, Huddersfield donated £1000 to buy new computers, I did the research and bought two laptops from the UK and one desktop in India. I have also paid for a teacher to teach computing to the teachers at these schools as they have also never used a computer before.  I honestly believe gaining computer skills or even just learning how to use a keyboard could really make a difference to the future of these children and give them more prospects of employment. 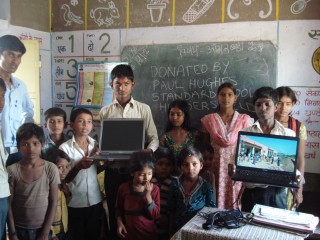 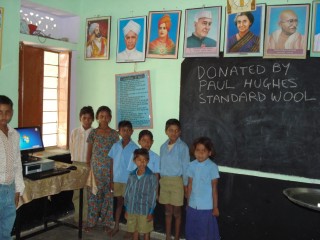 This entry was posted in Indian School. Bookmark the permalink.

2 Responses to Computers for Indian School