Khajaraho is another Unesco World Heritage site and we only have one night here. We checked in yesterday evening and we have a 1.30pm flight out of here so just one morning to do what we have to do. Actually there’s not so much to do here anyway – just some temples of the Chandela Dynesty, which are quite interesting but I don’t know whether they are worth that long journey by train and road. 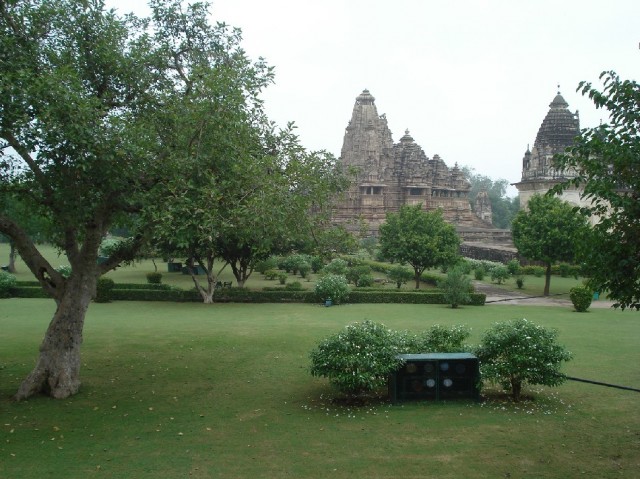 Our guide today was good and the clients snickered at the many carvings of the Kama Sutra on the temples – some of them are quite graphic. 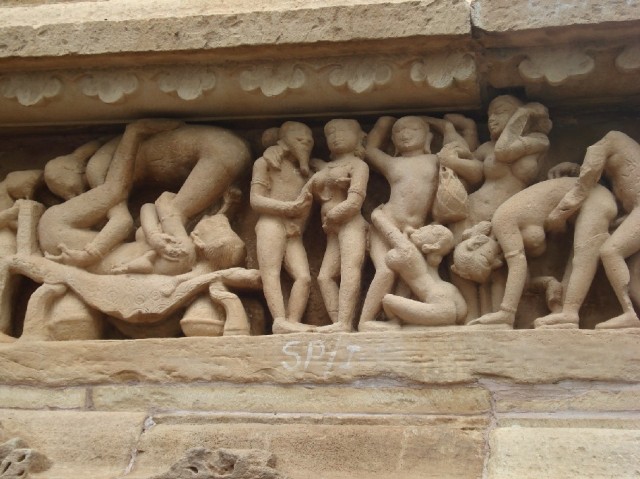 Some clients can be difficult and some think they know more than me and some think they know more than the local guides. I have one of those clients on this tour – he is of Indian origin but hasn’t spent any time in India since the 1950s. He has interupted me during my commenry and the guides during the tour, but has been quite harmless and sometimes quite funny up until today. Anyway, he asked the guide when Mahatma Ghandi visited Khajaraho and the guide replied that Ghandi had never been to Khajaraho. My client ended up having quite a heated discussion with poor Nariya, the guide., stating that he had read in National Geographic that Ghandi was in Khajaraho. He told Nariya, quite rudely, that he should do more research and then maybe his guiding would be better, before marching off. Talk about throwing your teddy out! The rest of the group were embarrassed and I did take Nariya to one side to apologize to him. He didn’t seem too offended.