Touched down in Udaipur, to be met by Kuldeep (my helper on the tour), who had arrived on the overnight train from Delhi this morning. There was also a guy from the local agency with him. The coach driver and his helper seemed pleased to see me and I realised they had worked for 7 days on my last India tour. I had given them a good tip and some golf caps. I always bring golf caps, pens, shirts and sweets for the people I work with and to take to a village. It is hard to imagine that some people really have nothing.

Our hotel is situated on land owned by the present Maharana, Arvind Singh and looks like a palace. There is a real palace that used to belong to the Maharana in the extensive gardens. I had a walk through the gardens and met 4 clients who walked with me to the old palace by the lake. 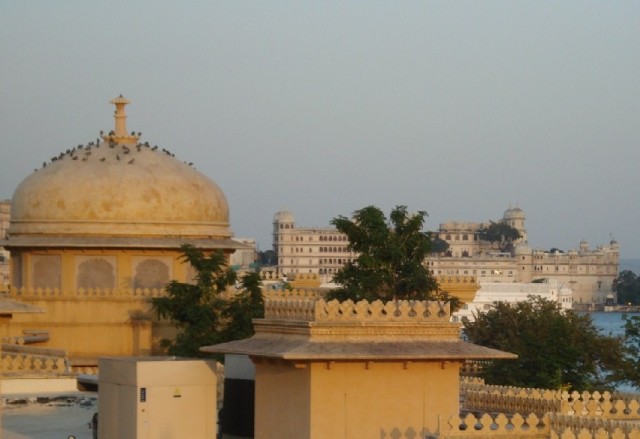 The view over the lake to Udaipur and the famous City Palace were spectacular and I was just about to take a photo when I heard  a voice call out from above “I’m here come and see”. I looked up and saw an old man sporting the turban and twirly moustache so familiar to the Rajputs of this area. He beckoned for us to enter the palace and go upstairs to meet him. His name was Roop Singh, he was 81 years old and he used to be servant of the Maharana, Bhopal Singh the last Maharana in this area to have any political power. Since the end of British occupation the Maharanas and Maharajas of Rajasthan have had no political power, but they still have that status.  Roop now lives in the disused Palace and shows hotel guests around for a few rupees tip. 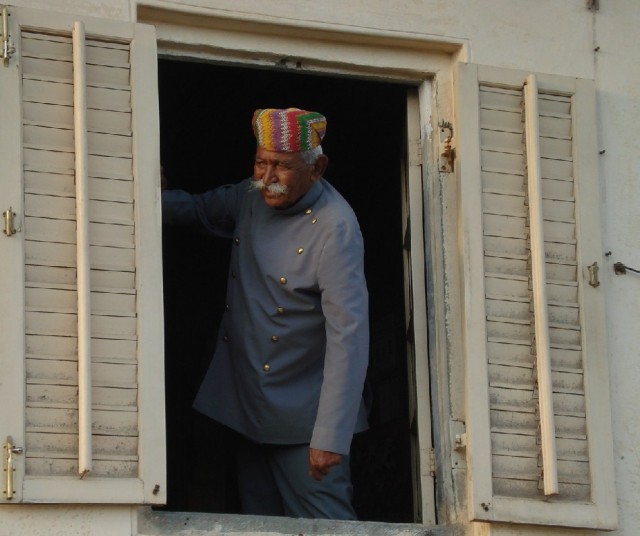 The Palace and grounds are used as a wildlife sanctuary so we saw peacocks and spotted dear.