For the 5th day in a row, we are up at the crack of dawn, this time for an early train and then a long coach journey to Khajaraho, Unesco World heritage site of erotic temples with carvings of the Kama Sutra. Getting up so early every day is tough on the clients and I can see they are getting tired now, but we have to catch that train. During the tour, I have tried to make things as easy as possible for the group.  At airports and railway stations, I organise porters, so they never have to handle their luggage. I also do a group check in so they they don’t need to stand in a queue. I really try to make life as easy as possible for my clients. 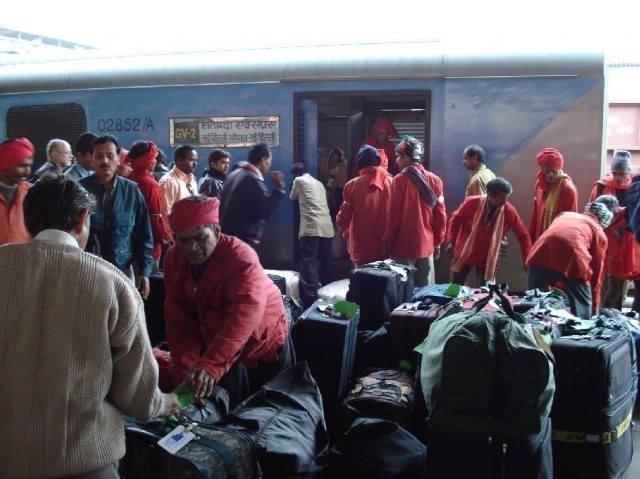 Railway stations in India are home to many poor people and street kids and it breaks my heart to see people living like this. We arrived at the Agra station and I asked the group to wait while the porters collected the luggage. Beggars surround the coach – mostly kids and totally harmless. I want to help all of them but I know I can’t. The beggar that strikes my eye the most is a man with feet that have ballooned up to at least 10 times their normal size and look like elephants feet. He is always here and I always give him 100 rupees. Poor guy.

The train was late – another inheritance from the British, late trains! Waiting on the platform of Agra railway station was quite depressing, with all the beggars. When the train finally arrived we had 3 minutes to get on the train and even more of a challenge, the porters had 3 minutes to load our luggage onto the train.

We got off the train at Jhansi and headed to Khajaraho via a small town Orcha, full of history, culture and life. Orcha is a designated UNESCO World Heritage site because of the many temples, but we just have lunch at the Orcha Resort and have a look at the town. The local life is amazing here. The river life and the main square are bustling. I love it. 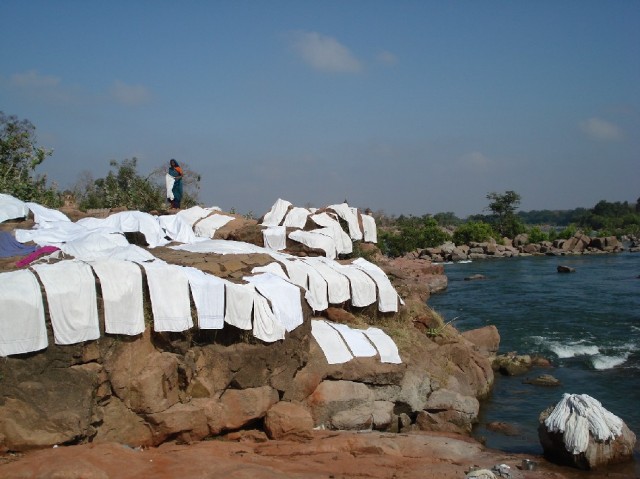 The temples attract many Sadhus to Orcha. So what is a Sadhu. A Sadhu leads a spiritual life and has decided to give up his worldly possessions to follow religion, meditate and do yoga. A sadhu could have one time been very rich and successful but has made that decision to follow a different path. These holy men beg for money and charge tourists 50 rupees to take pictures of them, but being poor is often their choice, unlike India’s beggars, hawkers, farm helpers, servants, factory workers…..the list is endless. The most unusual Sadhu I ever saw was in Udaipur – he had on the yellow robes but he was lying down and rolling, rolling, rolling. In fact he was rolling to eternity. He spent his whole life rolling! I don’t know if he ever stops rolling to sleep. He must do and to eat and drink. I am not sure if he was rolling from town to town or whether he just rolled in Udaipur. I didn’t get a photo but I will certainly look for him on my next trip to India. 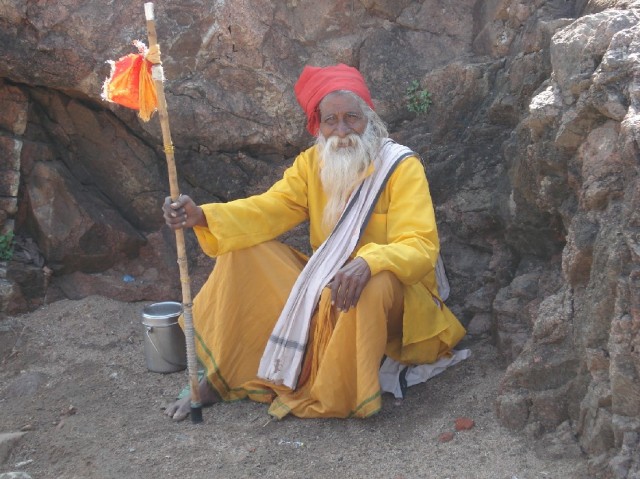 We didn’t spend too long in Orcha as we still had a 5 hour bumpy journey to Khajaraho.