It has stopped raining, the park is open and I would have liked to have organised one more safari for my group, but we have a very long drive to Agra today. It is the first time I have brought a group to Ranthambore and not seen a tiger, so I do feel bad for the group. 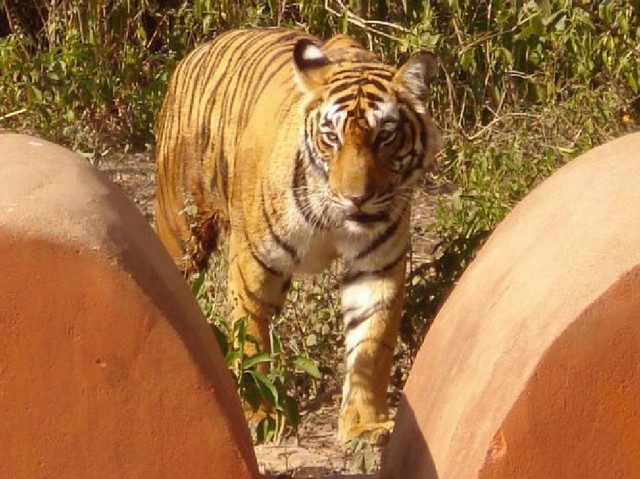 Female Tiger - My unlucky clients did not see

The hotel in Ranthambore is great and I know the staff pretty well. One of the receptionists, Loretta, has just stopped work here and started work at a new school in the town. She has a three and a half-year-old daughter, who will go to that school, which is a Catholic School but open to kids all faiths. Loretta informed me this morning that if her daughter had not got a place in that new school, she would have moved to Mumbai for her daughter’s education as there are no other decent schools in the area.

On my request, Loretta has arranged for us to visit the school before we leave.

The Bishop of Jaipur set up three schools in Jaipur and has now built this small infant school in Ranthambore and has a big plot of land to build a bigger school for a primary and secondary school. It will be the first decent school in the area and should open up a lot of opportunities for the children of poor villagers. The key to a better life for India’s poor has got to be in improving the education system.

The school consists of one office and three small rooms and has 78 children from the age of four to seven. They were very pleased to see us and my group really enjoyed the visit. I passed an envelope around so my group could give a donation to the school, if they wished. Some gave, some didn’t.

We said our goodbyes to the nuns and kids and started our long journey to Agra. The roads were terrible because of all the rain and the traffic was chaotic, as usual. 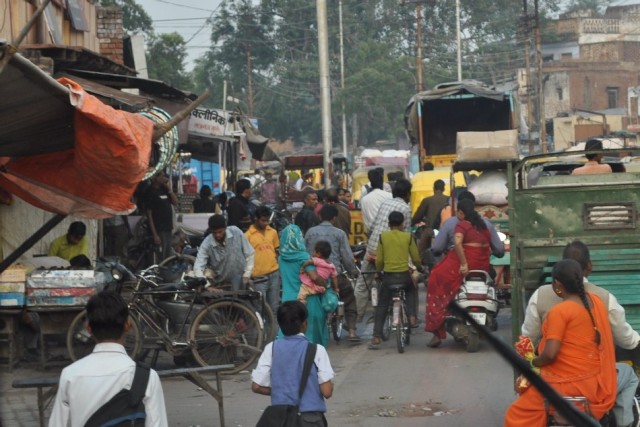 An hour before Agra is the ghost town of Fatehpur Sikri – founded by the Moghul Emperor Akbar but then deserted because of lack of water.

The hawkers here are very persistent. I still tried to help them sell their stuff once we got back on the coach. I also let a boy called Abdullah come onto the coach and do some magic tricks for the group, paying him 300 Rupees (about £5) for this. I try to give these people a break as life is difficult for them and at least they are trying to make a living instead of begging.

The street is India’s biggest employer, with around 10 million hawkers and 60 million people making a living from street sales. Bribery and corruption are rife in India and apparently 10 million US dollars per year are paid in bribes from the half a million street sellers in Delhi.

This entry was posted in India Golden Triangle. Bookmark the permalink.