I was worried about today as the programme was too empty, the weather was horrible and I really didn’t want to return too early to the hotel because there is absolutely nothing to do here and the builders are very noisy. We ended up having a really good day, partly because I gave Paul a push in the right direction, to include more stops and sightseeing and because I managed to get our local agent to treat ny clients to high tea at  “Ye Olde Smoke House”, a colonial tea house nearby, because of the bulding work.

We started off at the butterfly farm, where a guy from Bangladesh, called Baba showed us around. We actually saw more insects, snakes and lizards than butterflies and Baba took real delight in unlocking cages and taking these strange creatures out and letting the clients hold them. I wouldn’t touch or hold any of those creatures. I was surprised by how willing my clients were to hold the insects, snakes, lizards etc.  Baba even put a huge Chameleon Lizard on one lady’s head and she didn’t seem to mind. I would have really freaked out at that. 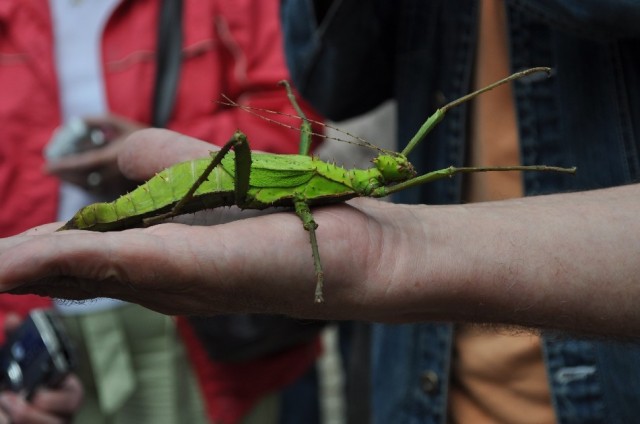 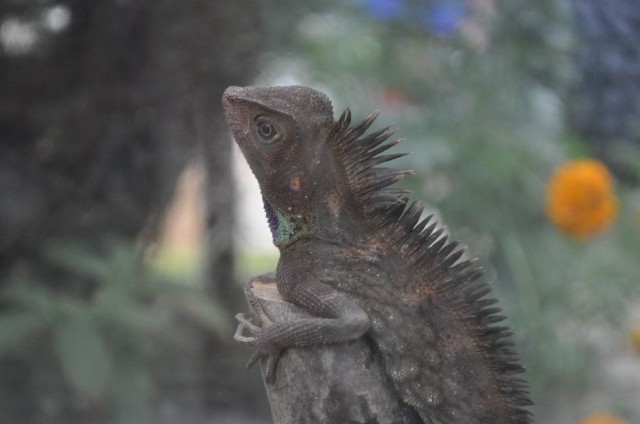 The sun came out for our visit to the tea plantations and the visit to the local town – our last chance to shop for alcohol and change money before heading to the rain forest tomorrow, which is in a Muslim area and dry. 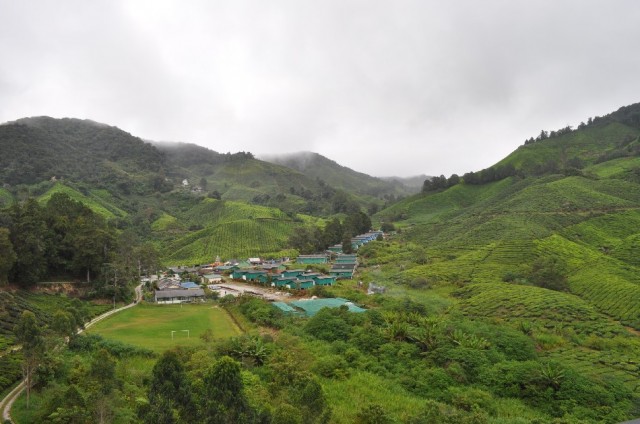 Free for dinner again but the only possibility is to eat at the hotel.  I went on my own for dinner, which is fine, but my coach driver, Sham, was waiting for me. There was a buffet and barbeque on and I think Paul must have told Sham to keep an eye on me. He escorted me to a table full of Chinese drivers and guides, sat me down and came back with a plate full of satay, roast duck and fried rice – not really what I would have chosen from the buffet, but I didn’t want to offend Sham so tried my best to eat it all. Before I had finished Sham went off and returned with a big plate of spaghetti. I was full and really didn’t want it. Then he appeared with one of the chefs who explained he had cooked that spaghetti sauce just for me. I tried to eat it but it was a struggle and I really didn’t want to offend Sham or the chef. Then Sham appeared with a plate full of cakes and fruit. Honestly, I was really full and had to leave it. I made my excuses and got out of there befre Sham could bring me more food.

This entry was posted in Malaysia Blog. Bookmark the permalink.