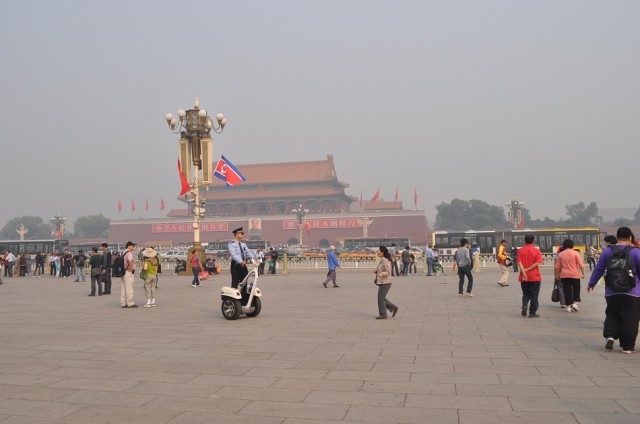 Early start for Tiannamen square and the Forbidden City today. The guide has not really talked about the events of 1989. I know the television, press, internet and all media is heavily censored in China and I also think the Chinese Guides are also censored. Three years ago when I first took a group to China, the local guides really said nothing negative about China or even chairman Mao.
This afternoon we had an optional rickshaw ride through what is left of old Beijing. Most of old China has been bulldozed and replaced with high rise, grey, gloomy looking housing blocks. But this afternoon we saw an area known as the “Hutongs”. The houses consist of one or two rooms and don’t look too bad, but they have no toilets. There are public toilets – one for 300 people.
We visited one house and the owner had an orange eared dog. I couldn’t stop laughing at the dog, named Mama Lolo. Soon my group were all laughing too. 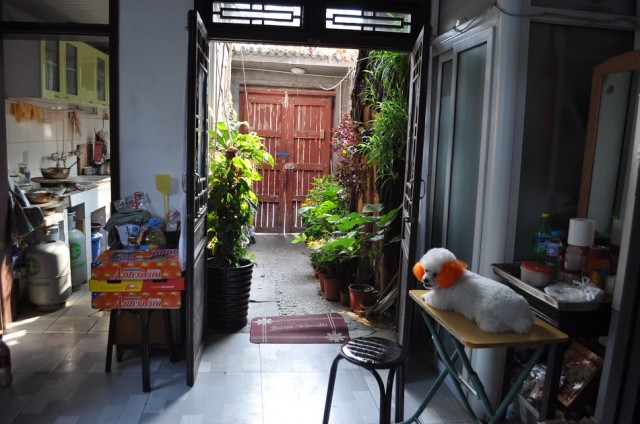 This entry was posted in China Blog. Bookmark the permalink.